Titular Feast of the Roman Province

Happy Feast of the Visitation of Mary. Today, marks the titular Feast of the Roman Province, of the Order of Mercy. It is particularly a beautiful feast for the friars as it embodies the quintessential Marian dimension to "visiting" the captive Christians. Truly, Our Blessed Mother -- the first monstrance, carrying the Body and Blood of Jesus -- visited her kinswoman, Elizabeth, who came to sure belief in the Redeemer and in the "Mother of my Lord." 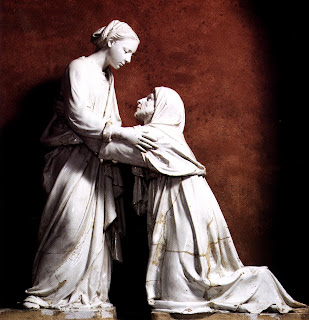 Truly, the charism of the Order of Mercy is a above-all a charism of true caritas - that selfless love of our brethren to the point of death, if necessary. This same caritas impelled the Blessed Mother to go "in haste" to see her cousin, bringing the Gospel to her. By her very being, full of grace, she is the first evangelist and missionary, whose actions bespeak of an interiority like no other and yet an interiority to which we are called to emulate. Mary did not simply 'visit' her cousin in the common sense we know -- namely, stop in for a brief period of chatting and catching up on old times. Rather, she stayed for an extended period of time, working and giving of herself in service to one who was in need.
Mary, model of perfect charity, and VISITOR to the captive, pray for us!
Posted by Mercedarian friar at 7:51 PM No comments:

The Mercedarian Students of the U.S. Vicariate completed their annual retreat last Thursday and celebrated the completion of graduate studies of Bros. James and David, as well as the final days of postulancy for Michael Bowes and Josiah Ross. Both of these men -- Michael and Josiah -- will spend some time with their families before they are invested in the habit and begin the novitiate. Please keep them in your daily prayers.
The retreat for the simply professed and for the two postulants was marked by the theme of Bl. John Paul II and his understanding -- theologically and philosophically -- of religious life. Particularly poignant, given the recent events in the life of the Church, the brothers were privileged to have Fr. Eugene Costa, O. de M., Novice Master, as the Retreat Master.
----------------------------
Thanks to: CNA Long Island, N.Y., May 24, 2011 / 05:45 am (CNA/EWTN News).- Jeff Grabosky has completed his 3,700-mile run across America, an endeavor he says gave him a new perspective on America and on his Catholic faith.
“It feels beyond awesome. It’s still sinking in, but it’s an amazing and almost indescribable feeling,” he told CNA May 23, two days after his finish at Smith Point in Long Island, New York.
“The feeling that I had at the end of that run was of such fulfillment and satisfaction that I had done well. I had lived my life through that run with faith and with the intent of helping others.
“If I could extend what I did during my run and translate that into the rest of my life, then I think that my life will truly be a success”
Grabosky, a 28-year-old native of New Jersey, decided to run across the country to inspire others and to use his talents to serve God. He received prayer intentions from others and prayed for them on his Rosary ring while he ran. He estimated he prayed 35,000 Hail Marys during a journey that began on January 20 in Oceanside, Calif.
“My faith has only been deepened by this experience and has made me want to be a better person on so many different levels,” he explained.
He thinks he “definitely” would not have finished if it wasn’t for his own faith and prayer and the prayers of others on his behalf.
He took inspiration from his mother, who died of cancer in 2006. She too was a runner who prayed the Rosary during her runs.
Grabosky said that although he faced physical problems and bad weather, his biggest challenge was to stay “focused and positive” in times of difficulty.
“I think that’s really where the faith and the prayer aspect came in and helped get me through every time,” he said.
He described the best part of his run as “just being able to stay focused in prayer.”
His prayers bore fruit.
“It was amazing. Anytime I needed something, it showed up just when I needed it. A place to stay, water, food… I certainly had to do my part, but it never got to the point where I was out of options.
“God was walking with me every step. And just when I couldn’t do any more he stepped in and took care of me.”
Grabosky said his most memorable encounters were with people he otherwise would never have met.
“The media portrays America as being selfish and money-driven, and everything that goes along with that stereotype. But from my experience, it’s exactly the opposite. Everyone was so kind and generous and wanted to help out in any way they could,” he recalled. “It was surprising. Even the people who obviously didn’t have much were some of the most willing to give what they had.
“That’s really made me want to be a better person and be more generous with the blessings that I have.”
Construction workers would simply walk up to Grabosky and give him money. He also learned the stories and struggles of hitchhikers, like one man traveling to see his sick mother.
“He was getting money for food and motels by singing poetry he had written at places like Wal-Mart parking lots,” Grabosky said, adding that his run has given him “a whole different perspective.”
The harshest leg of his route took place in the Texas panhandle between Dimmitt and Tulia. He had expected a windy day, but Grabosky had not considered what the wind would do to the surrounding fields covered in loose dirt.
Feeling a gust, he looked up to see “a huge wall of dirt and dust” which he could not outrun. He tied his bandana to his face and kept running through the sustained winds of 40 mph.
Hours later, he ended the day with bits of dirt in his teeth, rings of dirt around his eyes, and his supplies covered in filth.
Grabosky spoke to several groups during his trip: a school in Phoenix, medical students in St. Louis, and participants in the University of Notre Dame’s Holy Half-Marathon 10k.
The runner, a Notre Dame graduate, also stopped to pray at the school’s famous Marian Grotto.
The most rewarding part of the trip, he said, was hearing people tell him that he has encouraged them in their lives and their faith.
Now that he has finished his trans-continental run, Grabosky is praying to learn what God wants him to do next. He would like to stay involved in running, perhaps as a coach, or he could take a position with “a more Catholic focus.”
The runner is also considering turning his run journal into a book.
Those interested can read more about Jeff Grabosky’s run at: http://jeffrunsamerica.com.

Posted by Mercedarian friar at 8:19 PM No comments: 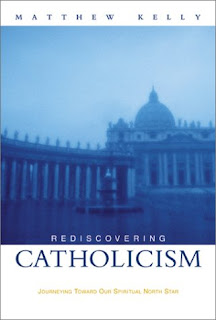 The global reach and contribution of the Church is enormous, but the national impact of the Church on every aspect of society is also impressive, though largely unknown. In the United States alone the Catholic Church educates 2.6 million students everyday, at a cost of ten billion dollars a year to parents and parishes. If there were no Catholic schools these same students would have to be educated in public schools, which would cost 18 billion dollars. The Catholic education system alone saves American taxpayers 18 billions dollars a year.

Beyond our national and global impact, the local contribution Catholics make in every community, on a daily basis, is nothing short of remarkable. Every city and town has its own stories.... In Chicago, there are hundreds of Catholic organizations that serve the needs of the people of that city. One of those organizations is Catholic Charities. This year the local chapter of Catholic Charities in Chicago will provide 2.2 million free meals to hungry and the needy in that area. That's 6,027 meals a day -- just one small example of our enormous contribution.

Matthew Kelly, Rediscovering Catholicism
Posted by Mercedarian friar at 8:25 AM No comments:

Today, the Order observes a day of penance in preparation for the Solemnity of our holy father, Peter Nolasco. Please unite your prayers with our own for the work and apostolate of the Order. 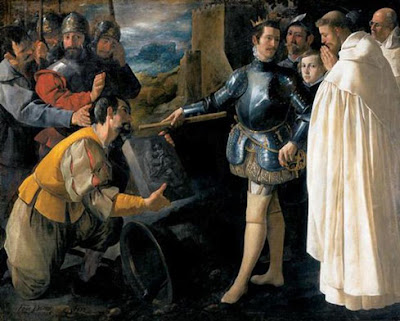 St. Peter Nolasco, father and founder of the Mercedarian Order, pray for us.
Posted by Mercedarian friar at 9:32 AM 1 comment:

Master General of the Order of Mercy

Provincial of the Roman Province

Mercedarian friar
Dedicated to the mission of visiting and redeeming Christians captives, who find themselves exposed to the abandonment of the practices of the Christian life and to the loss of their faith, I am prepared to surrender my life, should it be necessary, in imitation of the Redeemer. NOLASCO1218@GMAIL.COM